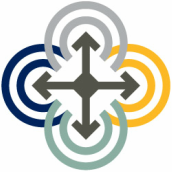 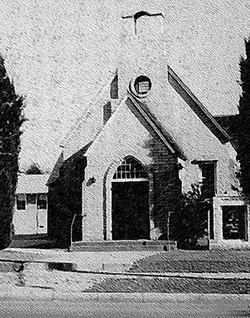 ﻿﻿﻿The History Of St. John's-Hemet

In 1927, Pastor G.H. Hillmer felt led by the Holy Spirit to plant a Lutheran Church in Hemet, California. He was granted permission to do so  by his congregation at Immanuel Lutheran Church in Riverside. He held his first Bible classes and services in new member's homes.

The first formal service, which included communion,  was held on December 31, 1927, at the home of Ross and Adelia Anderson. The Constitution of St. John's Lutheran Church in Hemet was adopted and the first officers of the congregation were elected on March 20, 1928. On that date, there were 23 communicant members. As the year progressed, arrangements were made to allow Pastor Hillmer to conduct St. John's Sunday afternoon services at the First Baptist Church.

The first Resident Pastor of St. John's-Hemet, was Pastor Oswald Skov, who was installed in August 1928. In order that St. John's could hold Sunday morning services, they had to move thier meeting place to the basement of the old Hemet Library. Land was purchased at the northeast corner of Buena Vista Street and St. John's Place and construction on the first St. John's Lutheran Church began in May 1937. Pastor Skov was the architect and construction supervisor. It took almost two years to build and over 244 days of labor were donated to complete the project.

On March 26, 1939 the new sanctuary was dedicated and service were held. More and more people began attending St. John's and in 1957 two Sunday services were established to accommodate the rapidly increasing community. In fact, St. John's Lutheran Chruchwas the first church in Hemet to have two Sunday morning services.

In May 1961, the church resolved to purchase the land at 26410 Columbia St. where our present sanctuary is located. Building commenced and the new site, including the Martin W. Wahl Fellowship Center, named after Pastor Emeritus Rev. Martin Wahl,was dedicated in March 1965. The church again became too small to accommodate the number of people worshiping here and our current sanctuary was built and dedicated in 1982. On January 9th, 1983 the congregation of St. John's Lutheran church made the decision to start a school as a mission outreach to families in the Hemet-San Jacinto Valley. St. John's Lutheran School's first kindergarten class began in September 1983. In 1984, the congregation decided to add 1st, 2nd and 3rd grade and in 1985, added the Early Childhood Program. The school ministry continued to grow as 4th, 5th and 6th grade were added in 1987. The school ministry flourished, and after evaluating our school program in view of what  would best serve the children in our community, the decision was made to add 7th & 8th grade to complete St. John's Middle School program.

We look forward to many more years serving our community as we continue our mission to touch lives with the Gospel message of Jesus Christ.
﻿St. John's Lutheran Ministries | 26410 Columbia St., Hemet, Ca | 951.925.7756﻿﻿